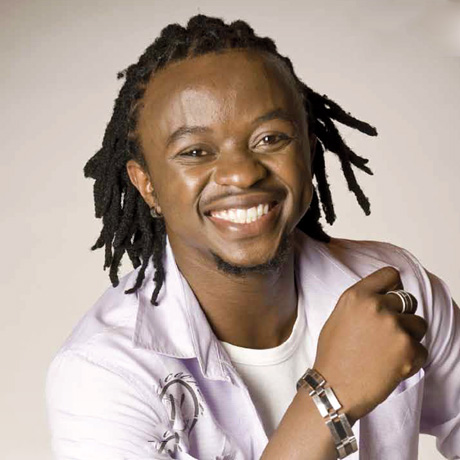 Bongi Mthombeni’ s passion for music started at a very young age and he always participated in his school’s talent shows and was determined to excel in every performance, whether it was with drama, music or even addressing the school.

Bongi Mthombeni has bucket loads of charisma and talent and is right at home on stage. As Master of Ceremonies he is dedicated to do justice to any function and as a singer he can entertain and please any crowd. The fact that he can speak 5 different languages
makes him very popular and in demand throughout the entertainment industry. Be sure to remember the name Bongi!

Bongi Mthombeni’ s passion for music started at a very young age and he always participated in his school’s talent shows and was determined to excel in every performance, whether it was with drama, music or even addressing the school. When he was in grade 2, he taught himself piano by watching his brother play at church. After every service he would ask his brother to take the keyboard home so he could practice. Bongi started to play the school anthem and other hymns during assembly in grade 6 and years later, he and a friend started a mini school choir. Bongi became the choir conductor. He was Primrose High School’s school spirit for 3 years and was the head-cheerleader in Matric.

After high school, Bongi became a session pianist at Lemon Jack Studio’s. A year later, he was promoted to backing vocalist, music arranger, sound engineer and producer. He met and worked with celebrities such as Coenie de Villiers, Chris Chameleon, the Coleske Brothers, the Parlatones, and Steve Hofmeyer just to name a few!

He continued his musical experience by opening the stage for AKing, Freshlyground, Kurt Darren and Prime Circle. Bongi has always showed compassion towards his community and constantly contributes in ways to uplift and bring hope. His projects involve piano
lessons to children, and bringing communities together through his love and passion for music and entertainment.

IDOLS He entered the South African Idols Season 6 in 2010 and made it to the top 8. After elimination, he did not give up. The incredible support from the media, artists and his fans’ loyalty drove his passion even more and at the age of 24, he is determined to take his passion of entertaining to a whole new level.

LEMON GRASS A music manager saw his potential and introduced him to the world of performances. They started a band called LEMON GRASS. The band has gone from strength to strength, filling out venues wherever they have gone. The band has since changed slightly, with Bongi taking a break and venturing out on a solo project.

BARNYARD THEATRES Bongi was part of the cast of the “Summer of Love Show”, offering some of the best hits of the 60s from the likes of The Beatles, Simon and Garfunkel, Dolly Parton, Tina Turner, Otis Redding and more. Highlights of his performance included excellent piano playing and hypedup gyrations (like something of a young James Brown) for songs like I Heard It through the Grapevine and Try a little Tenderness.

PANTOMIME The most popular pantomime story of them all, CINDERELLA was brought magically to life from page to stage by legendary story-teller and mirth-maker Janice Honeyman in a high quality, top-drawer production packed with an abundance of comedy, stunning sets, beautiful costumes and, of course, the special moment when Cinderella is transformed from rags-to-riches and whisked off to the ball – with the help of a little dusting of Fairy Godmother magic! Dynamic Bongi played the role of Prince Charming.

CLIMBING THE BEANSTALK TO SUCCESS So popular was Bongi in the Cinderella pantomime that he was approached by the Jo’burg
Civic Theatre to play the role of Jack in the 2012 pantomime “Jack and the Beanstalk”. During November and December crowds can look forward to the very talented and energetic Bongi Mthombeni as he shines in the magical land ruled by a giant.

DIE SANGER Bongi was part of another reality show, but this time it was an Afrikaans Singing Competition Show. He came out top 5! Just another achievement to show how versatile and talented this young star is.